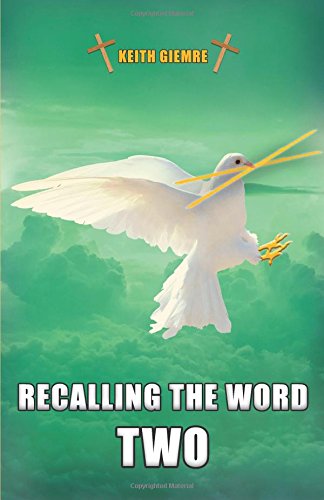 This was yet another book not planned in advance by the author. He woke up one morning early March 2018, being given the guidelines of how to write this second Recalling the Word; which would carry the title “Recalling the Word Two”. He was told to randomly merge the chapters from 87 out of 127 pages from Recalling the Word, with 261 chapters; the whole of the New Testament. Then three chapters per page were captured over 174 pages from the random merging. This book is now the tenth book written by the author, and remains along the theme of body, mind and soul, and like the others, is aimed at providing fruit for the continued spiritual evolvement of the reader. Since he was a small boy the Word has enthralled the author, and he believes the Word is a living Word. We grow and take on more knowledge. That means every time we pick up the Word to read, we are a different person, and as a result our knowledge, growth enables us to see additional meanings in the Word. The Word remains the same but we never do. Yet again this book reveals a fascinating random selection of chapters from the Bible. Although it includes the whole of the New Testament, it only has selective chapters of the Old Testament. The author’s sixth sense has suggested that a merging of the whole of the Old and New Testaments may well feature as Recalling the Word Three. This book will be sure to provide for an increased appreciation of the Word as well as being an enjoyable read.

This site uses Akismet to reduce spam. Learn how your comment data is processed.